Here's my idea for a kinder quilt. 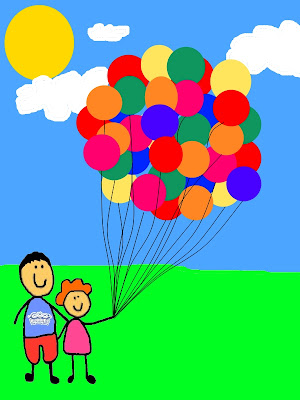 Edit: Here's an example of a 'photoshopped' face which can then be cut out in a balloon shape. 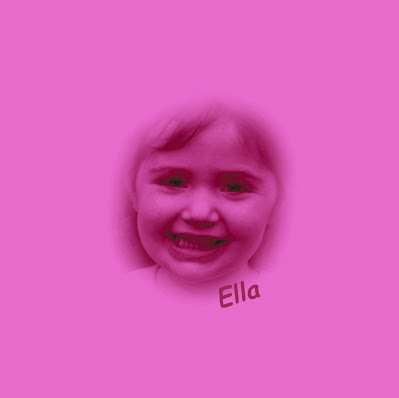 What do you think? Any creative suggestions?
In particular, what can I add to the boring bottom-right corner?

Thanks for your help.

But not as busy as my cousin Sasha and his wife Danae who have just had their first baby girl, Tajan.

So I got busy making a cot quilt in an afternoon (yes, that's right!!). 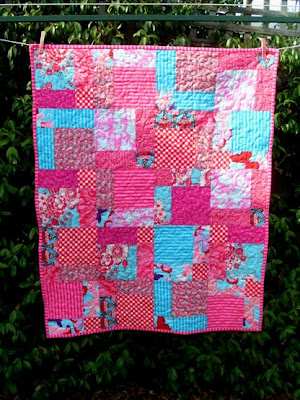 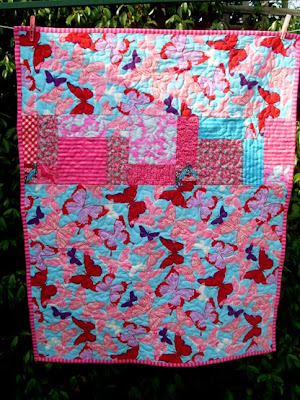 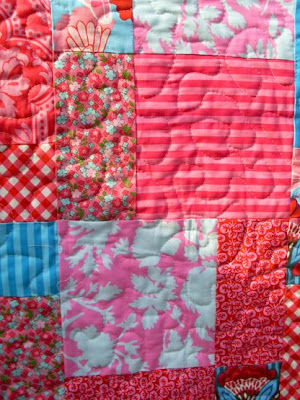 EDIT: Here's a photo of the little pink recipient enjoying her new quilt 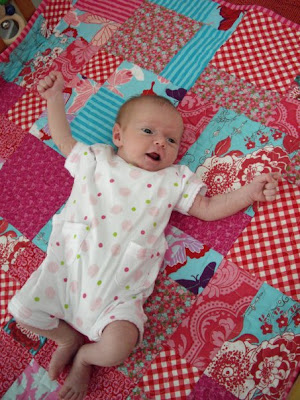 Despite the intense heat of recent weeks in Melbourne, my vege garden has actually been able to produce some edible treats: 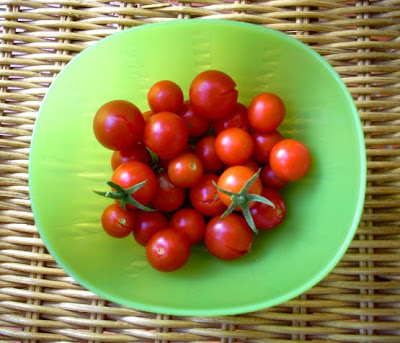 In other 'red' news, my red silk quilt is all finished. 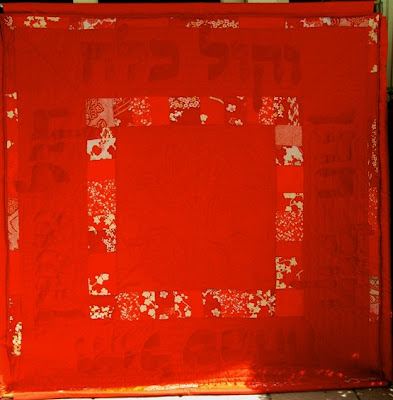 It's ultimate role is to be the 'chuppah' at the wedding of my beloved and me.

The hebrew writing around the 4 sides are taken from one of the traditional 7 blessings recited at Jewish weddings. 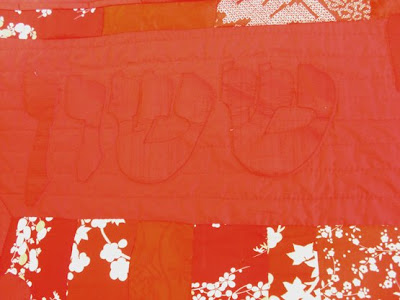 It means: Voices of joy and gladness, voices of groom and bride. 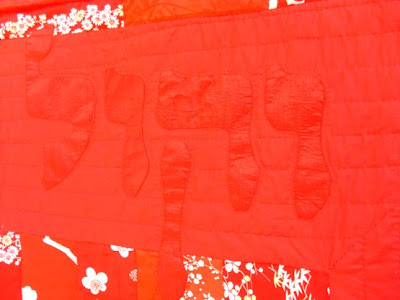 The centre is quilted with a tree of life design. A traditional Jewish symbol. 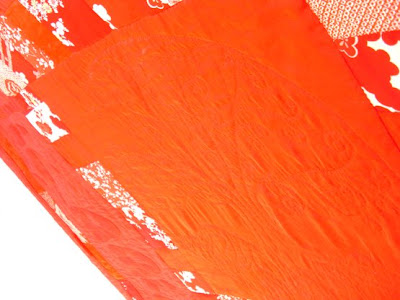 The kimono fabrics represent my beloved's love of martial arts.

And I also love my little red heads. Here's one!! 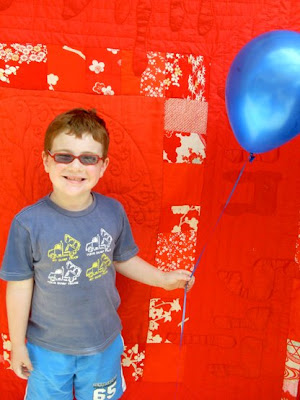 Hope you have had a great weekend.

The lovely Kali has tagged me with a fun and easy game.
Just share the 6th photo from the 6th album in your computer.
Here's mine ... 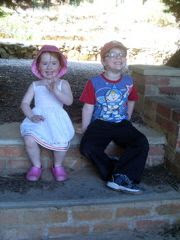 I have just read a great tutorial here about improving images using photoshop.

I had a go myself! 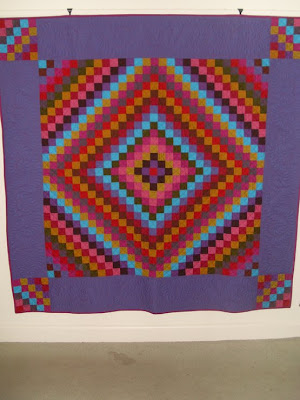 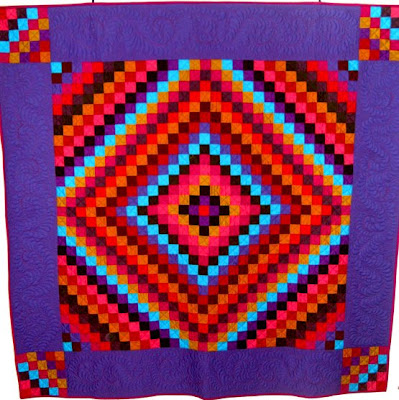 Not the greatest photo to begin with but this process really makes the colours pop.

I'm so excited and humbled by the projects all you crafty bloggers have put together to assist victims of the Victorian Bushfire tragedy.

For anyone reading this who is interested in making a crafty contribution, just check here or here or here.

Also, if you want to make a much needed $$$ donation, check out the Red Cross website for details.

Handmade items can be directly donated at the following locations in Melbourne:
My plan is to drop these 2 quilts directly to Amitie so they can hopefully bring some colour and comfort to those most in need: 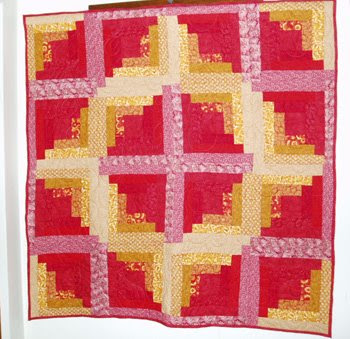 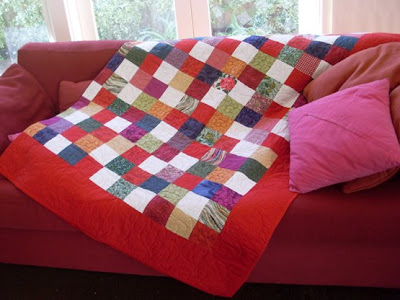 What will you be doing to help?

Take care of yourselves and hug your loved ones especially tight tonight.

Email ThisBlogThis!Share to TwitterShare to FacebookShare to Pinterest
Labels: Crafting for a cause, donations, Quilts

Remember the dilemmas I had with this?

Well I have pretty much solved both problems ...

How do I baste this without leaving pin holes all over the silk?

Solution: Hobbs Heirloom fusible batting. The down sides of this method were that it came in a neatly folded parcel which meant there were lots of creases on the batting that were difficult to get out. Also, the 'hold' of the batting once ironed was relatively temporary so I still needed to do some pinning ... but only in the cotton bits of the quilt.

How do I transfer my design onto the silk for quilting in such a way that I'm not left with loads of horrible marks?

Solution: As mentioned in a previous post, I opted for 'Press 'n Seal'. It was a little bit like trying to sew through a condom and left my fingers pretty black after a sewing session. 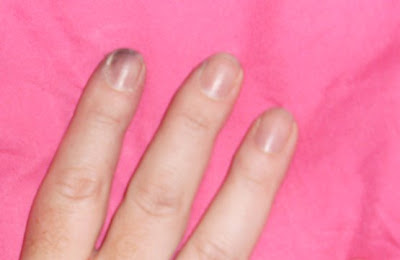 Otherwise, this solution worked quite well but I still managed to leave some pen marks on the silk which I am hoping will come out at the dry cleaners after I've finished off the binding. (I think the solution is to use a different colour marker. I suspect I still would have been able to see the design if I'd used a red marker).

Here are some shots of the work-in-progress: 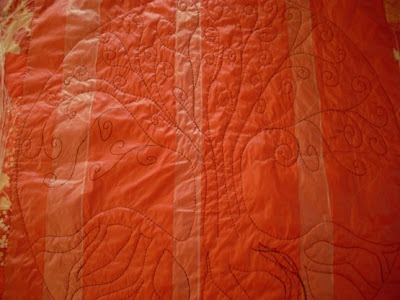 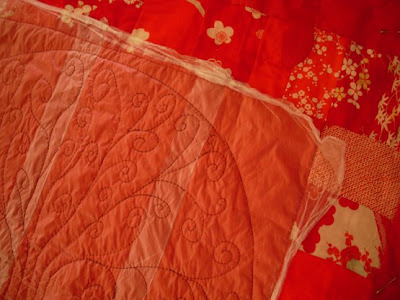 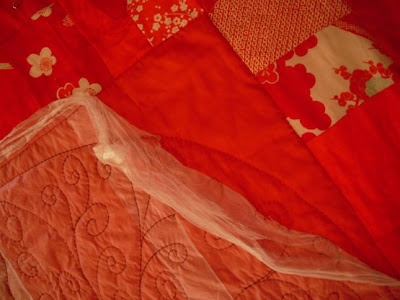 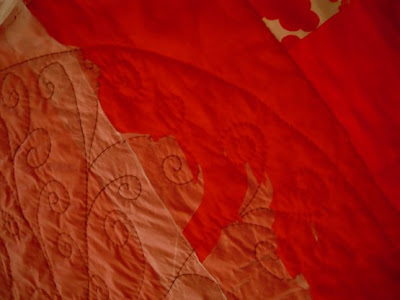 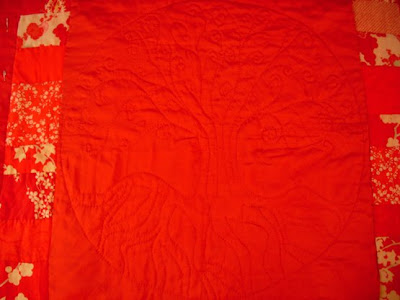 This last one is a little hard to see. The red-on-red quilting is pretty subtle. But it's a tree .... really it is.

The next one might give any Hebrew speakers a hint on what this quilt is destined to be used for. 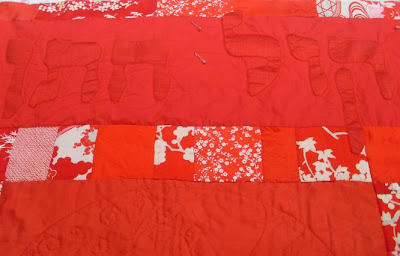 My little boy started school today. Am I still allowed to call him a little boy? 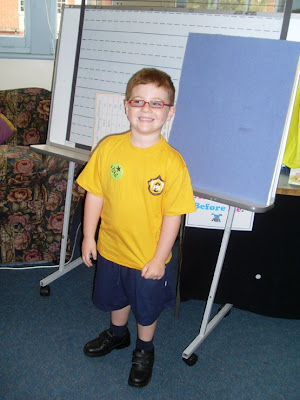 As you can see, drop-off went well. No tears!! 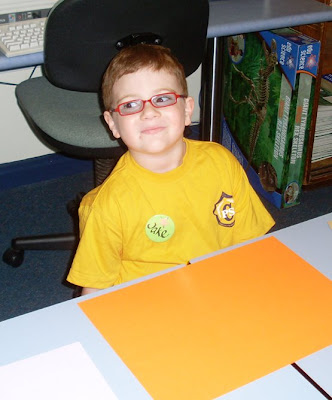 He settled easily and got stuck into the activities and making new friends ... 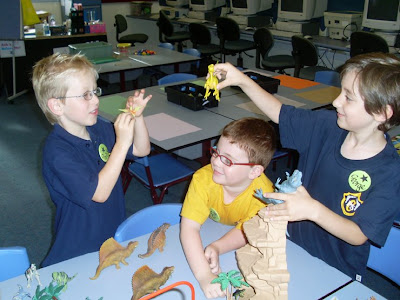 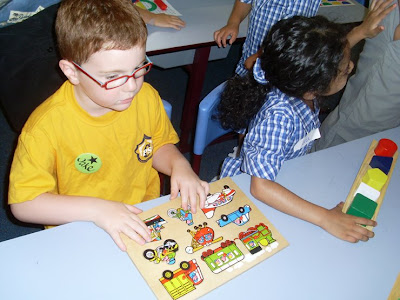 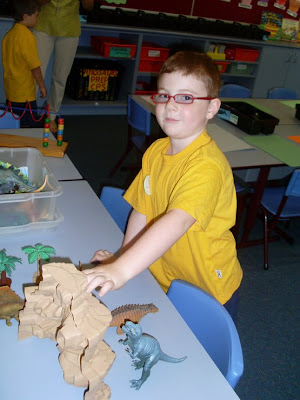 After the parents were 'shoo'd out of the classroom, we were greeted by the school's Parents and Friends Association equipped with a range of 'beverages' to calm any anxious or tearful grown-ups.

I felt relatively OK about the whole thing. It helps that Jake has already been in full-time kinder for a year so I'm used to the idea of someone else looking after him during the day.

Also, I'm excited (and only a little anxious) for him. It's a great new adventure and I think we have picked a wonderful school to meet his needs.

Here's a vid so you can remember it forever.

For those of you who were there .... thank you so much for your kind wishes and great gifts ...
Lucky boy!!! Happy boy!!!